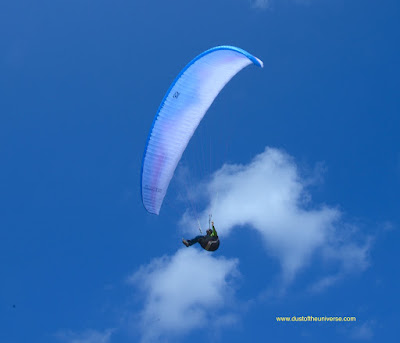 Among the gliders in the D class, the Mantra 6 remains till date a very competitive, efficient and reliable XC machine.
Launching the Light version is slightly easier due to the light fabrics. It shows a very steady pull in light winds.
The difference between the normal M6 and the LM6 SM, flying them at 95 all up are:
I found that the brake pressure is slightly heavier on the LM6 over the normal version with a slightly improved turning ability for the LM6.
The slight back pitch movement on the M6 seems to dissipate on the LM6 where I could sense neutral pitch behavior and I think that contributed slightly to a better into wind performance.
In turbulence the roll movements are slightly more pronounced on the LM6 by a very small amount.
The LM6 seems very solid and manageable in strong conditions like the M6. The speed bar pressure is very similar and usable efficiently in moving air with a taught and solid glider.
Conclusion: Flying the LM6, feels having a very slight edge over the normal M6 in moving air performance. The LM6 overall performance is quite close to the best recent D’s, and any pilot flying it won’t have any disadvantage in performance, with a light glider to carry along. 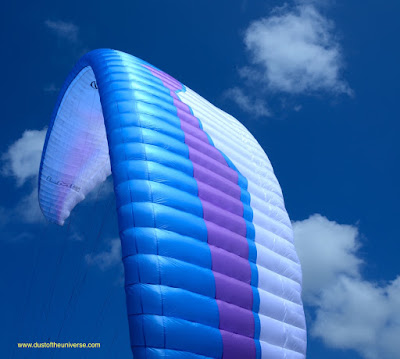