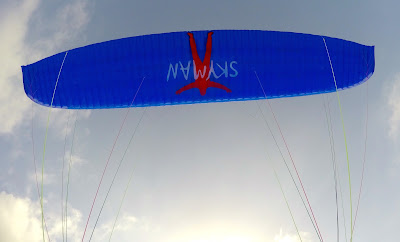 Launching this very light glider is super easy and even with 3 km wind, the glider could hover above the pilots head waiting to get airborne !

First turn and the feeling of the brakes are toward the light side and getting slightly firm on the lower part. The travel is short to medium and the agility is very good !

The Cross Country has the tendency to turn flat and small weak thermals are caught efficiently with little amount on the brakes.

It seems that the Cross country is a well dampened glider and the gap in liveliness is big behind it’s bigger sister the cross Alps. So the Cross Country is a very comfortable B glider with very simple requirements to have a smile while flying.

I have made some transitions with other gliders and noticed that the Cross Country is fairly competitive and could be placed in the mid of the high B category. It reminded me well of the UP Kantega XC2, which is a very efficient and cool glider.
The speed travel is long and could get the Cross Country at +13 km/h over trim.

Ears are super efficient  and -5 m/s are easily achievable.

Conclusion: The Cross Country is a light B glider with a very neat construction.The overall comfortable performance will indeed put a large smile on the week end pilot. Test flying this glider is an interesting option for the pilots who privilege comfort, ease of use and super light equipment with a very satisfying overall performance. 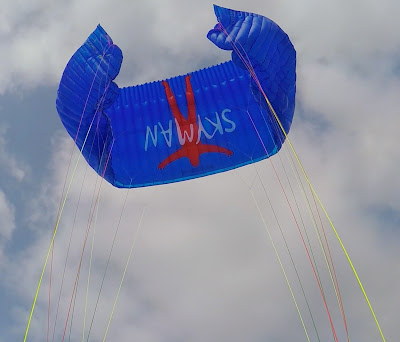