I’ll try to be as clear as possible concerning this wing in describing what a pilot will expect flying it among regular D gliders or high aspect ratio C’s.

Launching the P4 23 is easier than the IP6, a little more difficult than the M6, XC5, Trango XC3. But all in all its easy for the regular D pilots. It doesn’t have the pitch forward behavior of the IP 6 , but surely a D pilot would find it quite manageable, even in light or in strong breeze.

Turning ability:
I guess that’s one the most important glider character for my personal taste.
Immediately after take off, first turn and first smile…The P4 has light to moderate brake pressure, and reacts after the first 15cm of slack with a super wonderful agility ! This high aspect ratio glider can be turned very tight at a very small radius without the dive !! Only 15 cm after the slack are needed to steer the glider gracefully !The feeling and authority on the brakes ,even in turbulent cores are impressive! I never flew a glider with 7 aspect ratio that can be turned like a 5.5 aspect ratio one !
The P4 is more agile in turns than the M6, Triton 2, Trango XC3, and relatively similar to the XC5.

Climb rate:
We flew this glider in some very weak to strong windy conditions and sometimes we flew in moderate to slightly turbulent lee side conditions enabling us to get a more global idea about the P4.
In very weak conditions (less than 0.5 m/s) where lots of pilots would not give a chance to stay in the air, the IP 6 23 at 98 all up would float nicely and communicates those tiny lifts to the pilot showing him the way to turn. In those weak conditions the P4 23 at 98 all up doesn’t give those informations to the pilot and after many attempts where the IP 6 could exploit those light lifts and gain some altitude, the P4 hovers at the same altitude.
Once the lift gets above 0.7 m/s the P4 will gracefully climb and could easily match the IP 6 23 climb rate. In strong thermals i think the P4 will have a slight advantage over the IP 6, due to it’s superb brake authority to place it precisely into the core !

This is surely very picky from my part, I cannot say that the P4 is a floater, but in order to be precise I’ll give you an idea, of similar wings like the P4 with same efficiency in those conditions .Ex: The Gin Gto 2 S at 93 or the Avax XC 5 26 at 92 .
The M6 MS at 95 all up is slightly more efficient in the very weak, as the Artik 4 25 at 90 al up.
The P4 23 at 98 will out climb the M6 MS and the surely A4, in windier and more difficult conditions showing the P4 ability to surf the air efficiently without back pitching, and climbing away.

Glide and speed.
After several glides at trim ,half bar, and full speed, the P4 23 at 98 all up, showed me exactly a similar glide ratio as a freshly line checked IP6 23 at 98 all up. It is slightly possible that the IP 6 23 has some insignificant points in full speed glide…But this is may be that in turbulent air the IP6 23 felt more stiff and solid on bar .On the P4 23 at full bar the leading edge is solid , but not as the iP 6 one. The B risers are slightly harder and more pressure are needed to feel the glider in the air. But i really liked those black rubber grips !

I have tried to induce big ears by the split risers, however i pulled my arms very far to pull in the lines .At first it looks like i’m pulling the stabs…Because the ears has lots of pressure.They fold in finally after pulling approx ±1m of lines, and pushing on the bar, but i don’t think they are very effective. I’ll try later the B’s…and report back..Releasing the ears opens very fast and quick and no line was stuck in the tips like the M6 use to do.

Comfort and usability:
I’ll be more specific in comparing gliders with similar aspect ratio..It’s better than talking only about the certification label.
I found that the Peak 4 23 is relatively a comfortable glider for an aspect ratio of 7, and it’s similar to the M6 comfortable behavior.
I felt a neutral pitch behavior in the same conditions where the M6 would pitch back in entering thermals. It has also the same comfort found on the Avax XC 5 and may be less work under it than the Trango XC 3 SM where the Peak 4 felt more block solid and coherent in it’s structure.

360’s and wing overs are a delight. It’s really an agile glider !
I will try also the Peak 21 in a week and will post my comments. And of course any updates about both will also be written.

Conclusion:
Beautiful handling, and brake authority, Top gliding performance in the D category, with comfort and accessibility.
Missed that IP6 weak thermal ability, but i’m sure that the Peak 4 will surely win many hearts as it’s impossible to be indifferent having this agility ;-) 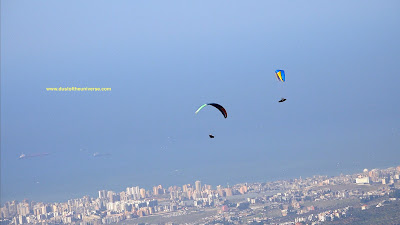 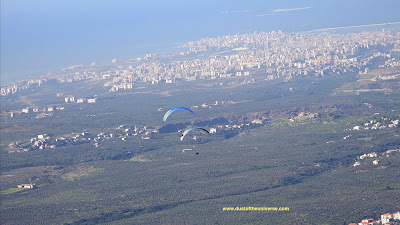 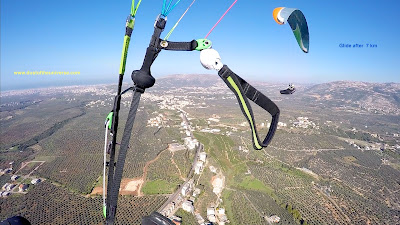 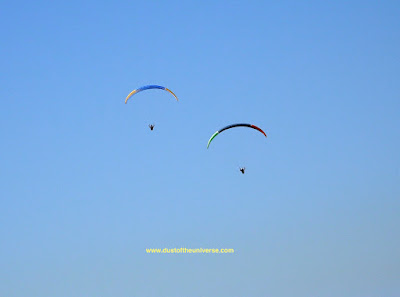 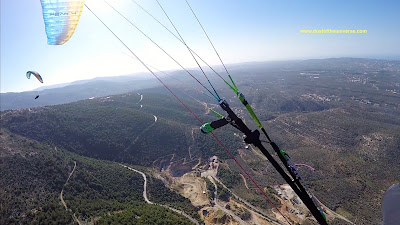