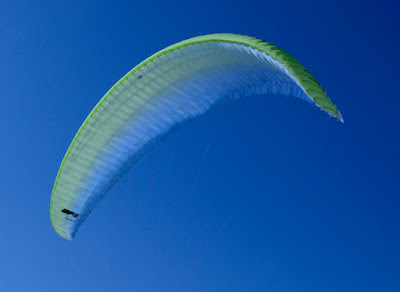 UP Summit XC 4 SM
After my beloved Trango X-Race :-), here’s UP new B glider the Summit XC 4 in SM size.
I took a bit of time to write this test, but finally here it is.
The XC4 has a aspect ratio of 6.3 with an EN-B rating !
Honestly i wasn’t a fan of the XC3 SM when i test flew it…The overall performance and usability didn’t convince me at the time.
Today with the Summit XC 4 i took my time to explore it a little bit and finally managed to get a Carrera plus SM to complete my comparison.

Once airborne, the Summit XC 4 gave me the same brake feel as its bigger sister the X-race ! with a slight more forgiving and filtered feel. But the Summit XC4 strangely has the ‘same’ DNA !

With a medium brake pressure, the XC 4 has a moderate to good agility, A very nice coordinated feel, performance oriented turning radius. The movements of the air is transmitted through the brakes. Much like the X-race but slightly less feedback coming from the brake lines, and also more comfortable in turbulence than the higher aspect ratio Trango X-race.
I must say though that it does move around a bit in turbulent conditions for a high B glider.
The climb rate next to my reference glider showed me a very competitive climb rate in moderate conditions!
In entering thermals the Summit XC4 SM at 95, have a neutral pitch behavior.
In very weak stuff below 0.5 m/s i think my reference glider is still floatier, but with the Summit XC4 faster trim speed, it still has a moderate float ability in very weak stuff.

The last day, i flew in some weird air, with turbulence, and really unpleasant. In those tricky conditions, the Summit XC4 showed a character and behavior of any moderate aspect ratio C glider (up to 6.5 AR). For sure it is not intended for those low B pilots coming to the higher B category. I could say rather that High B pilots with two seasons on their gliders would be welcomed on the XC4.
The Summit XC4 needs active piloting like the some higher aspect ratio B’s or some C’s.
To be even more precise, the Summit XC4 needs slightly more active piloting than the Summit XC3. I already updated my B-comparison (see blog) to give you an idea of the overall XC4 placement inside the B category.

Now i have tried to make some glide comparison with a Carrera plus SM (80-95) loaded at the max(95) , and i was 95 on the Summit XC4 SM ( 75-100). I was really curious to see how it will perform.
To both our surprises the XC4 came out really nice ! It is not that i wasn’t expecting it to be that good…but i wasn’t prepared to see and feel that improvement !

At first with the mentioned loads, the Summit XC4 has around 1.5 km/h more trim speed. And the glide was slightly better for the XC4…The glides were made in some difficult headwind conditions, and the Summit XC 4 surfed the air quite impressively. That does conclude that the XC4 with its B rating has now reached the top performers for the best glide/ efficiency ratio.
The speed bar has a moderate pressure. The controls on the C risers have a moderate pressure, a bit less than the X-Race ones, and they are more usable in limiting the pitch of the glider in gliding through turbulent stuff when applying the bar.

Ears are stable, and reopen easily.

Conclusion:
B rating gliders goes to this delicate box…The Summit XC4 has been rated a B certification. Ok. That doesn’t mean that any “new comer” to this category will find that the 6.3 AR, Summit XC4 will suit him.


The new comers to this category won’t be able to assimilate the benefits and the bags of performance plus the feedback the Summit XC4 has to deliver. Its like driving a two wheel bicycle for the first time. IMHO, i think this B rating should be understood as a psychological ‘peace of mind’ idea for those who already fly C gliders.  Or high B pilots having a full season in different conditions on their moderate aspect ratio glider, wants to upgrade to a higher aspect ratio glider, and don’t want to leave the B class, then the Summit XC4 is a very interesting tool to move forward on long XC’s with all the benefits a C class glider has to offer. 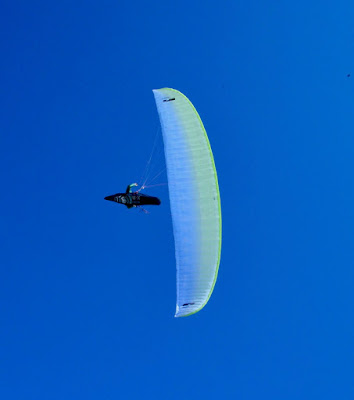