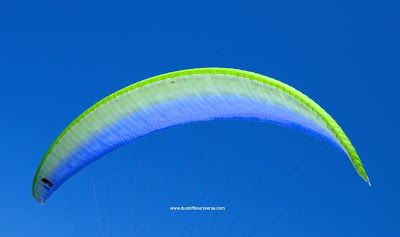 Hi thxs for the review.
How would you say that it handles,climbs in relation to the Triton2.
Br Jonas

HI Jonas, The Triton 2 in the small size i have tested has also roll movements but the pilot has rapid and more brake authority than on the TXC3. The climbing performance is better on the TXC3 with more workout in turbulent conditions.
Cheers, Ziad

I'm flying the T XC3 for months and I agree with Ziad in all his analysis. Good if same demonstrations flights should be done between Trango XC 3 x Triton 2.
In other hand, if the pilot plans is flying a hot glider, Trango XC3 shape and behavior and performance, of course, is the right intermediate choice.