The Agera is Swing’s new C glider with RAST.
Taking off is quite easy, and i didn’t find any particular problem in inflation in nil wind. In strong windy take off, the Agera RS also inflates quite nice and stays easily above the pilots head.

I flew the Agera RS from 96 all up on the SM size (88-100)
The brakes have medium to light pressure and the Agera turns with very little action on the brakes. The turning radius inside weak and strong thermals are fairly agile. It turns inside a core but stops in the middle and needs to re-power it by releasing the inside brake in order to give it more energy, then lower it again smoothly inside a small core in order to get a tight radius. The Agera RS tends to stop inside one complete tight turn. But i can say that it has a fair agility and needs to get used to.

Inside a tight core, i tried to keep my inside brake low and tried to lower it slightly more to keep it on track like i tested the other C’s like the A5, Alpina 3, Volt 3. In that matter, the Agera RS doesn’t really accept lowering the brakes near the hips to crank it…It will go into a mild spin. Nothing alarming here…It’s easy to sense for a C pilot, and when releasing the brakes a bit, the glider flies smoothly. So Swing was very keen to announce that this glider is intended for high end C pilots in terms of piloting level. So i felt that the best way to turn it tight, when the glider stops inside a turn, is to give it more energy by releasing the brakes a bit and re-apply it smoothly with weight-shift. 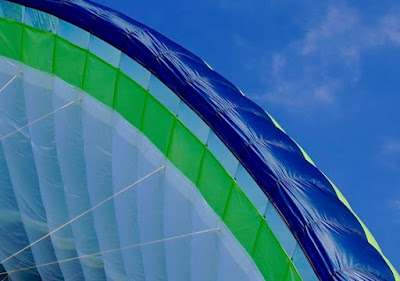 I made some glide comparisons with an Artik 5 which is a very good glider in that matter, and found out many times that the Agera RS has IMHO, the highest glide on a C ever seen. Indeed, the glide is simply amazing, with a trim speed that’s slightly faster than an Artik 5 fully loaded. I even tried some glides with an LM6 size SM and found out that the Agera RS plays in that class in terms of gliding in moving air. I also felt that when there’s turbulence and difficult windy conditions, that the Agera RS performs at it’s best. So when i let it fly ! the glide angle is superb for a C certified glider. I forgot to say that the Agera RS doesn’t seem to have a shark nose, and the leading edge looks similar to the Nyos RS, with more cells of course, and smaller openings.

I also tested the climb rate in weak stuff. With a Delta 3 SM loaded art 91, and with an LM6 SM loaded at 95. In weak thermals, the Agera RS didn’t feel like a floater. It climbs ok thought, but those tiny bits of lift (-0.5 m/s) , were better smelled by the Delta 3, Artik 5, LM6. So i was hovering a bit more to find a slight steadier core to climb. In stronger cores, the Agera RS climbs really well. It has that power to dig through and climb.

The speed system has moderate pressure and the top speed seems 12 km/h over trim. Racing a bit with half to full bar, the pressure on the C’s was very ,very light…And considering controlling it in turbulent air like a 2 liner is quite different. Flying the Zeno, a two liner for example, has immediate swift contact via pulling the rear riser, even in turbulent air.  But of course, the Agera RS is not a two liner !
It needs a longer input and a  bit more refined C pulling as the Agera RS will be slightly talkative at bar in turbulent air. It surely needs some hours to get use to it, especially to keep the glider from shooting forward in strong air if the pilot is only using the C risers control when going from half to full speed in turbulent air. 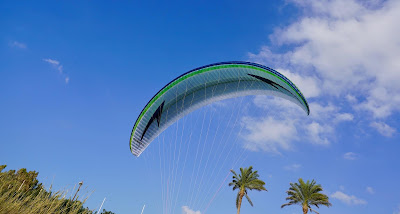 Conclusion: For me the Agera RS properly loaded from 96 to 100 could be very efficient in Alpine racing. The Agera RS glides very well, and convert the bumps in an efficient way. It’s also a comfortable glider to fly in active air. I mean the roll movements are dampened, and ressembles the Volt 3 ones. The glider pitch forward a bit in turbulent air especially at bar but nothing difficult for a regular C pilot. The pilot must be smooth on the handling and refine his feeling on the brake pressure when the cores are very small and when very tight turns are needed. Otherwise European conditions are far different from ours, with larger radius thermals !
Probably the RAST system could have gave me that comfort overall feel, like on the Nyos RS, but surely more pronounced on the Agera, but still smooth feedback from the surrounding air is well provided. 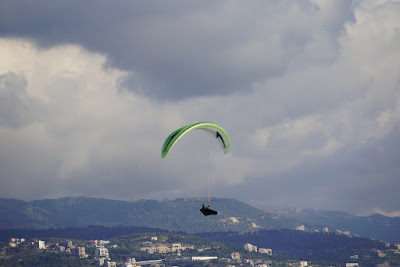 After the issue of some lines on the Agera RS, Swing revised their C glider. This is the S size of the Agera RS flown at 88 all up. 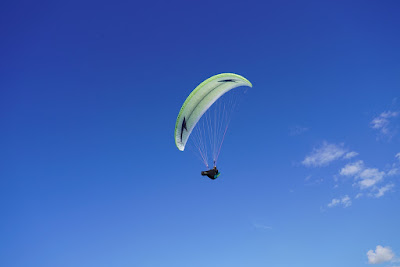 The handling has indeed improved a bit. Now pushing the brakes into the core doesn’t spin easily the Agera RS, but funnily the tips tends to go back without any consequences. The agility is quite similar to the one i tested before, and inside the core i had to release the brake and pull it again to be able to tight turn some narrow cores. Otherwise it will flatten and gets out of the turn.
The glide ratio is the same and its pretty nice.  Landing on a tight spot is a bit difficult and needs a good pilot probably because of the flat polar of the glider.
The Agera RS doesn’t like to be slowed much, so care must be taken on super small landing fields.


This is only my opinion. Make your own !