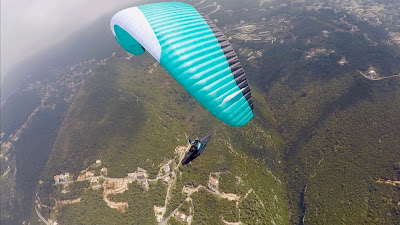 Launching behavior on the S11 22 at 85 all up, and on the S11 24  at 94 all up is about the same. The glider rises effortlessly in light wind and when the glider passes 80 % it accelerates a bit. A touch on the brakes to keep it overhead is needed and the take-off on both sizes is quick.

The S11 size 24 (85-100) flown at 93 all up, flies well at that weight in all conditions, and later I found out that at 97 would be great in strong air. The overall movements of the S11 seem more dampened than the S10, especially the pitch behavior. The S11 pitch seems very calm and neutral in 80 % of the conditions.  The roll movement is also quite more dampened than the S10. Overall its seems to give very little in pilot demand for the C category. I think after test flying the Alpina 4 MS, the S11 24 overall movements are even calmer in the moderate conditions I flew in.

While the S10 had a little spice, the S11, 24 is calmer in moderate conditions.

The brake authority is high on the S11, 24 as the pilot can swiftly carve the glider in the air, and it is difficult to miss a thermal core.

In biting through the air the leading edge seems to slow just a little before entering at 93 all up, but it enters with high efficiency. At 97 I found that the S11 24 has even a better efficiency into the wind. 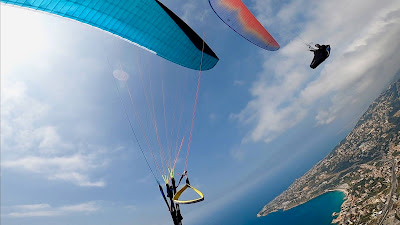 Again and again, gliding with very good C’s confirmed my findings that the S11, size 24 shares equally the best gliding of the C category.

The climb rate of the S 11 size 24 flown at 93, in weak air seems also very good, as I was also next to my friends on their C gliders trying to see if there are any differences. Under the S11 the movements in very weak air ( +0.2 m/s) are very little in roll and pitch, and concentration is needed to feel the rising air.

In stronger cores, it seems that the S11, 24 climbs also really well, among the best C’s in that matter. 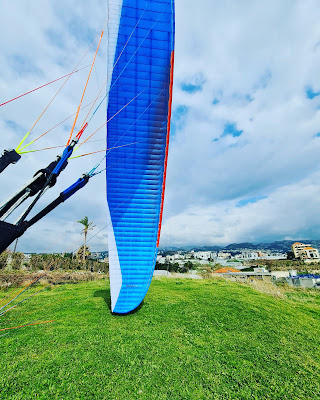 S11 size 22, 75/87 flown at 85 all up with a Genie light 3 M.The take-off is very easy as the glider inflates really well even in nil wind. In stronger wind, it goes up fast and a dab on the brake is needed to keep it overhead. The turning behavior with the Genie 3 is excellent. An excellent turning ability I can say! I could turn very tight with high precision. The smaller size of course is more dynamic in turns. One day the conditions were really tough at higher altitudes, and in turbulent strong cores, I felt that the S11 size 22 has a slight front pitch and the controls on the brakes lighten a bit even when pulling them at waist height sometimes.  A good high B pilot reported that day when flying next to me that the conditions were quite demanding and weird. The S11 kept a solid structure in those bad conditions without even a single collapse. But it kept me busy in the air, and I could have preferred a higher authority and linear “harder feel” on the brakes rather than a light feel, to control it in those specific and strong conditions.  I thought that I must top land and take another C to compare, but I was high and far to get back.

The C steering system is very easy to use and very efficient to hold the glider movements in a moderate active air while on the bar! The leading edge seems more resistant to collapse than the S10 and it felt so smooth. I let the glider fly in front of me many times, without any issues. The induced frontals and asymmetries on the size 24 are easy to recover. Big ears are stable and reopen alone on both sizes.  The top speed with overlapping pulleys is around 14 km/h over trim.  For more information, I did update my C comparison for both sizes. 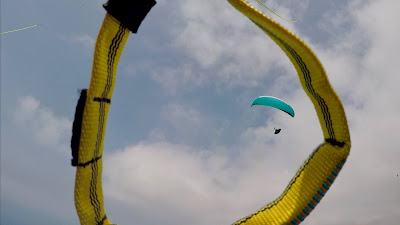 Conclusion:  The Sigma 11 doesn’t have long rods, yet it is compact enough especially the size 24 in moderate to strong air. The overall solidity is more present on the new version. The handling and overall feel seem tamer in moderate air. The size 22 needs a bit more pilot control in heavy weather.  The turning abilities are superb, and the pleasure feel is high. The difference in brake authority between the S 10 and S 11 is that the S11 turns quicker with the less applied amount of brakes. The overall feedback is slightly less on the S11. Overall, it is a smoother glider to fly. I need to fly the size 24 more on strong summer days in order to be more precise, but the snow is still covering our high mountain range.  A light, compact to pack, high-performance C glider is awaiting you to test fly it :-) 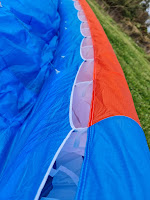